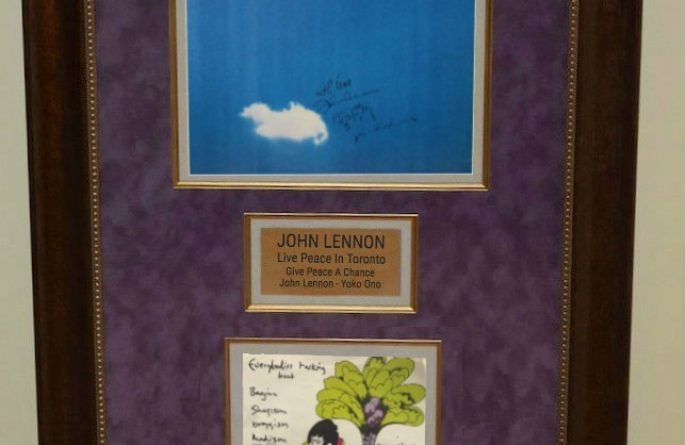 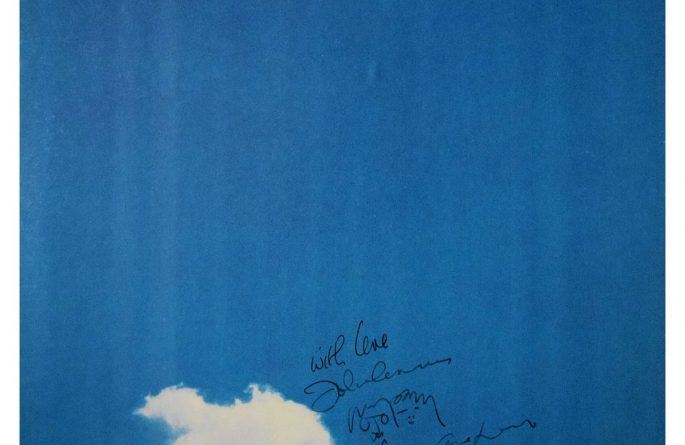 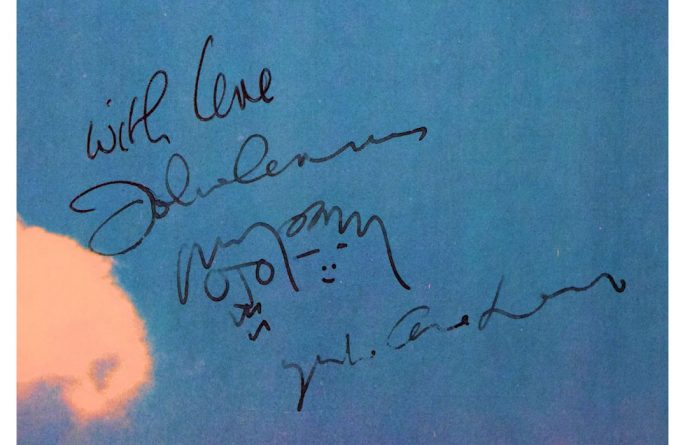 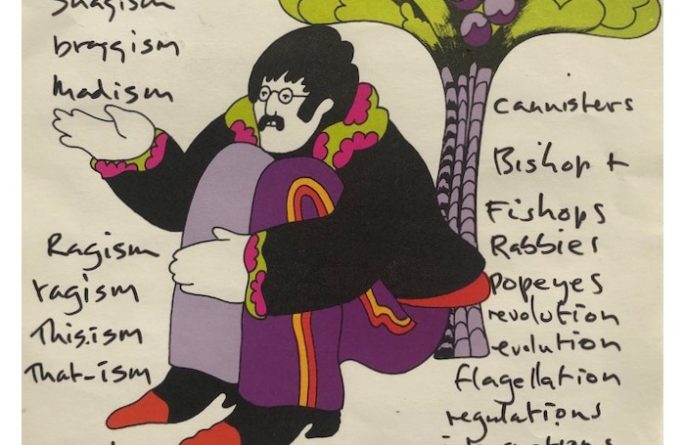 John Lennon – Give Peace A Chance

This was released on the album Live Peace In Toronto 1969. It was from a concert Lennon performed backed by Eric Clapton on guitar...Read More

This was released on the album Live Peace In Toronto 1969. It was from a concert Lennon performed backed by Eric Clapton on guitar, Klaus Voorman on bass, and Alan White. The song was written during Lennon and Ono's "Bed-In" honeymoon in Montreal. When asked by a reporter what he was trying to achieve by staying in bed, Lennon answered spontaneously "Just give peace a chance". He went on to say this several times during the Bed-In. Lennon asked his press officer, Derek Taylor to find a recording engineer. On 1 June 1969, in Room 1742 at the Queen Elizabeth Hotel in Montreal, André Perry, owner of a local recording studio in Montreal, arrived and used a simple setup of four microphones and a four-track tape recorder he brought with him.

Some years later, André Perry recalled the occasion and spoke about the challenges of getting a good sound out of the recording. Because of the room's poor acoustics, he said, the raw recording could not have been released without help:
Originally there were no intentions to have any over-dubs done. But when I left John, he looked at me and I said, 'Well, I'll go back to the studio and listen to this and see what it's like.' And then I decided that the background was a bit too noisy and needed a little 'sweeping.' By this I mean, we kept all the original stuff, we just improved it a bit by adding if you like, some voices. So we called a bunch of people in the studio that night, I did, actually, that was my decision. And that's probably why John gave me such credit on the single. And since it was multi-track I dubbed the original 4-track to an 8-track machine and then used the other 4-tracks to overdub some voices. The next day I went back to John [with the mix]. They moved everybody out of the room and it was just the three of us, with Yoko, and I played it for him and he thought it was wonderful. Kept it 'as is.' There's a story going around about overdubbing in London, England. Nothing was overdubbed in England. The only thing that was overdubbed, like I said, is some of these people, and the reason why I did it, is I wanted to give him some kind of option. You see the point of the matter, it's not that we wanted to cheat anything, it was a question of like, not usable, the condition was absolutely terrible. [We took] the original stuff that was there and added a few voices in a cleaner recording environment.

AUTHENTICITY
Three Certificates support ALL hand-signed collectibles. A Certificate of Authenticity from ROCK STAR gallery assumes 100% of the responsibility for all items to be genuine. Most importantly, in this Big Buyer Beware Industry, ROCK STAR gallery is the “ONLY” company that chooses to use a third-party examiner. We use an independent, court-approved, forensic expert examiner. Examinations may include exemplary comparison, paper testing, ink testing, and the date of the item. In addition, included for insurance purposes, is a Valuation Letter referencing the market value for the artist.

FRAMING
Our custom-designed framing is of the highest quality in the industry. Also, we can customize the framing to suit your taste and needs. Framing designs include a Genuine RIAA Gold or Platinum Award Album. ROCK STAR gallery is the ONLY company in the industry to offer this. Plus, you may purchase an item unframed.

GIFT WRAPPING
Gift wrapping with our unique wrapping paper is also an option. The paper is covered with Rock Star Signatures, therefore, opening the gift has rules. ALL signatures must be guessed before the gift may be opened! This truly makes it an EVENT!

SHIPPING
We ship worldwide every day and we strive to meet your arrival date needs. Above all, our packaging is designed to make every effort that your purchase will arrive unharmed. 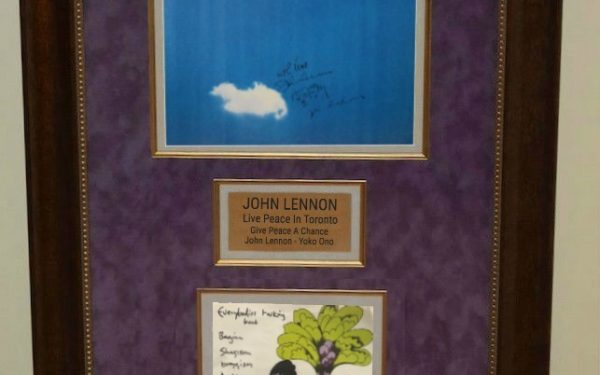 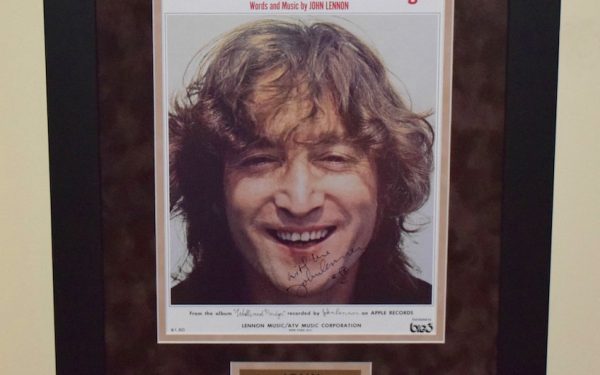 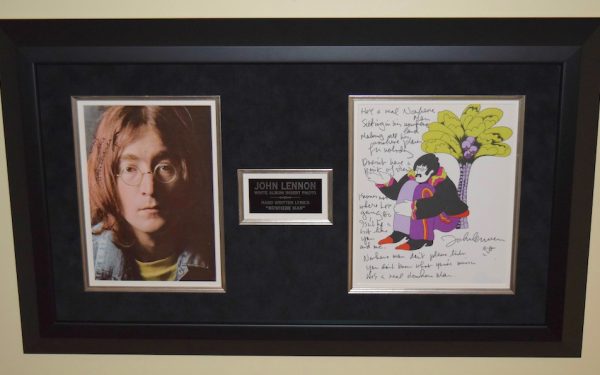 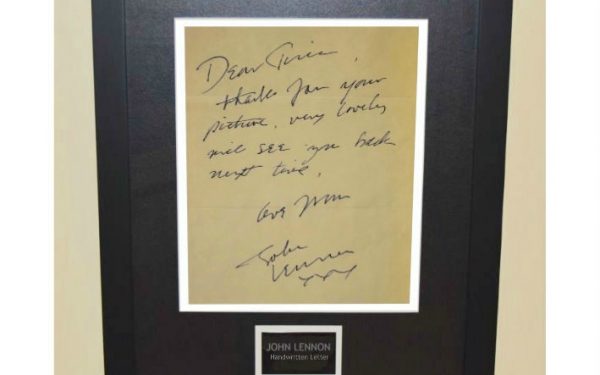 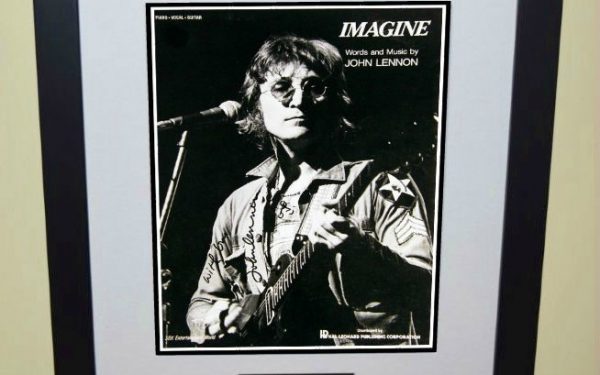